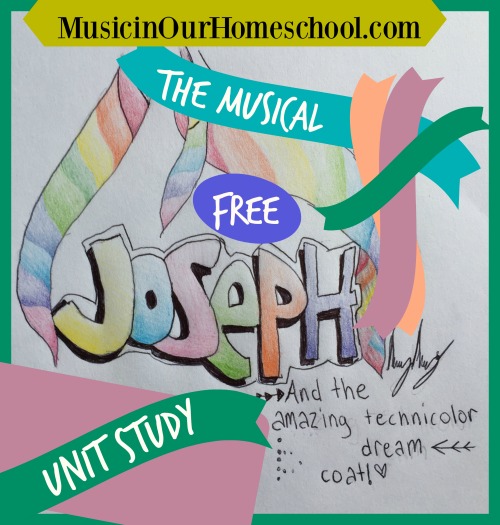 Joseph and the Amazing Technicolor Dreamcoat began in 1968 as a 15-minute cantata written for a junior high school in England by composer Andrew Lloyd Webber and lyricist Tim Rice. It was successful, but Webber and Rice wrote the musical Jesus Christ Superstar before returning to help Joseph grow into the musical it is today.

The story of Joseph and the Amazing Technicolor Dreamcoat is basically the story from Genesis 37-47 in the Bible.

Joseph was one of 12 sons of Jacob (who had 4 wives). Joseph was his father’s favorite son because he was born to him of an old age by the wife he loved the most, so he made him a coat of many colors. Joseph’s brothers were jealous of the coat, of their father’s favoritism, and of the dreams that Joseph shared with them about how they would all one day bow down to him. They made plans to get rid of him. Out in the fields one day, a band of slave traders came by, and Joseph’s brothers sold him into slavery. They told their father that Joseph had died.

In Egypt, Joseph worked at Potiphar’s house. He was a hard-worker and successful, so Potiphar promoted him to be head of his household. Potiphar’s wife made advances toward Joseph, but when he refused her, she accused him of attacking her. Joseph was thrown into prison.

In prison, Joseph was able to correctly interpret the dreams of two men, one who returned to work for Pharoah. A couple of years later when Pharoah needed someone to interpret his dream, Joseph was brought to him. He explained that the dreams Pharoah had meant that Egypt would have 7 years of abundance followed by 7 years of famine. Joseph was hired to run the entire project of saving up food that would last through the famine. He was second only to Pharoah. Years later, Joseph’s family was starving because the famine had reached them as well. They came to Egypt to buy food and bowed down to Joseph, not knowing he was their brother. Eventually, they were reunited, Joseph forgave them, and Jacob’s entire clan came to live in Egypt.

If you’d like more to this lesson, plus lessons for 9 other musicals, check out my online course called Intro to Musicals!

Read or Listen to the Biblical Version:

Genesis 37-47. There are various Bible versions to choose from. My favorite is the ESV/English Standard Version.

[This version of the DVD with Donny Osmond and Joan Collins is very well-done but contains some costumes that I consider inappropriate. You might want to preview certain songs before showing them to your younger kids.]

Listen to the Soundtrack:

Lesson Plans for Joseph and the Amazing Technicolor Dreamcoat:

Previous Post: « Why You’ll Love Zeezok Music Appreciation for Elementary Students (with a giveaway!)
Next Post: Do a Thanksgiving Hymn Study this year »