Who is ready for the Olympics? I still remember the first time I got into watching them during the summer of 1984 when they were in Los Angeles. But, I think I enjoy the Winter Olympics even more! On February 4, 2022, they will open in Beijing. As you prepare your kids for watching the Olympics, spend some time learning about the music they will be hearing during it with this Music of the Olympics lesson! 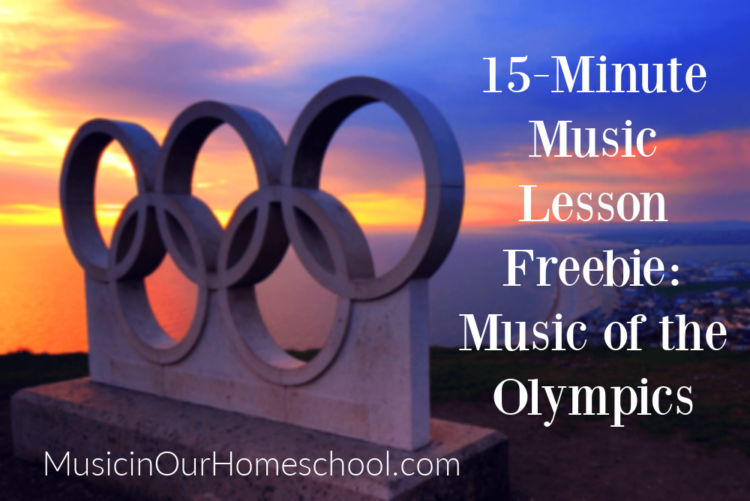 I have 4 pieces/songs for you to learn about and listen to for this lesson. Then, when you watch the Olympics, you’ll recognize them when you hear them!

By the way, if you like this lesson, you will love the self-paced online music course called 15-Minute Music Lessons for Elementary Students. 1.  Bugler’s Dream was written in 1958 by French-American composer Leo Arnaud as part of his Charge Suite. The piece is often thought of by Americans as the “Olympic theme” because it was played so often during the televised games beginning with the 1964 Olympics. The musical theme of Bugler’s Dream is based on a typical cavalry trumpet’s call which was composed during Napoleon’s Consulat.

2. In 1984 American composer John Williams wrote the official music of the XXIII Olympiad in Los Angeles called Olympic Fanfare and Theme. John Williams received a Grammy Award for Best Instrumental Composition for it in 1985. The music is now known to all as representing the Olympics.

(Learn more about John Williams and all the famous movie music he has written in the 15-Minute Music Lesson on Music of Star Wars.)

In 1996, Williams wrote an alternate version of “Olympic Fanfare and Theme”  for the Atlanta Olympic Games, which replaced the first part of the piece with Arnaud’s Bugler’s Dream.

3. The Olympic Hymn, also known as the Olympic Anthem, is played when the Olympic flag is raised. It was written by composer Spyridon Samaras and poet Kostis Palmaras. It was first played for the 1896 Olympic games in Greece and was declared the official hymn in 1957. The version below was sung by Sissel in Norwegian at the Norway Olympics in 1994.

4. You will enjoy this next video because it shows athletes from a variety of Olympic sports. It features the song “When You Believe” by Ken D. Ward.

5. If you would like to continue with more music of the Olympics, find a great list here.

Download a free 4-page Printable Pack to go along with the 15-Minute Music Lesson Freebie: Music of the Olympics. There is a PDF version of the lesson plan, a page on the brass family of the orchestra, and a quiz about the brass family, and a “Listen and Draw” page. 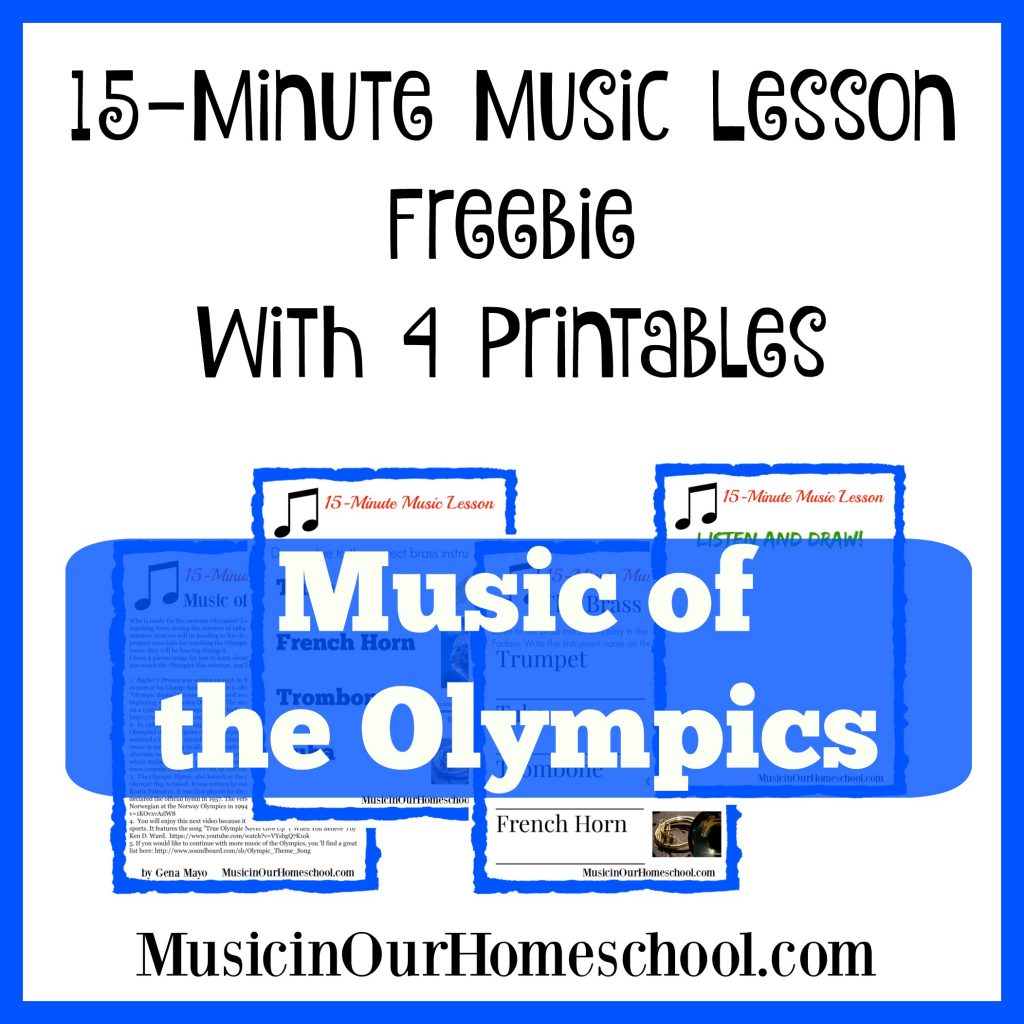 Learn More About China ~ the Music: 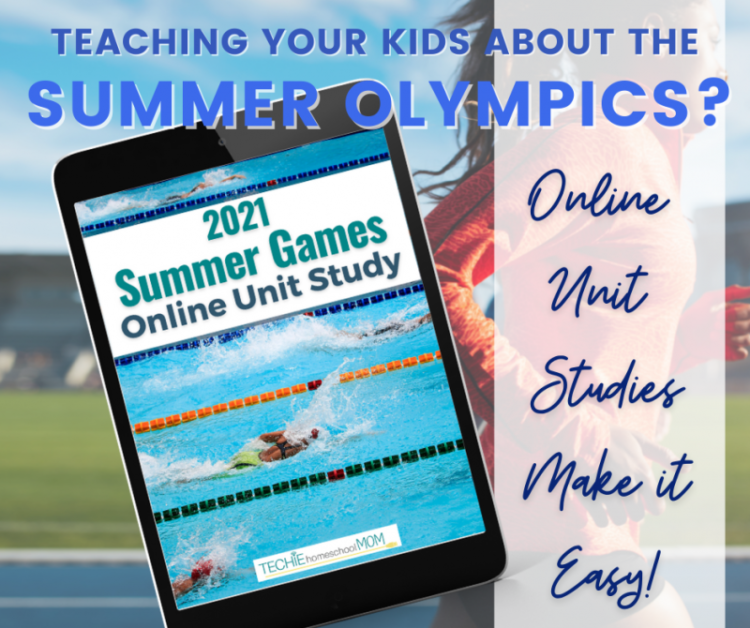 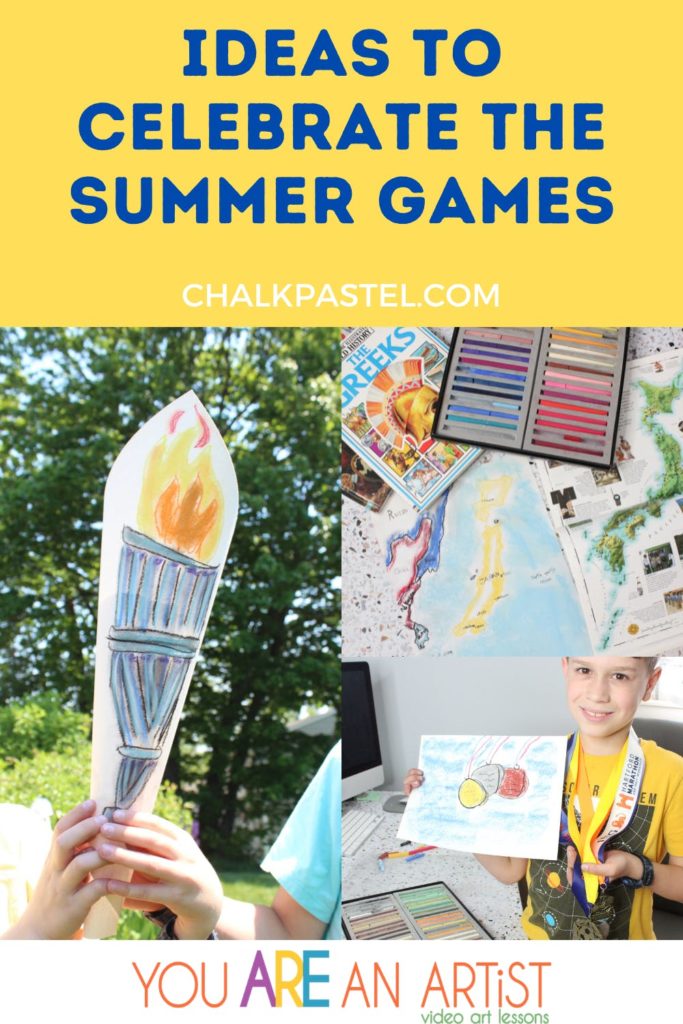 And, here’s one especially for the Winter Olympics: 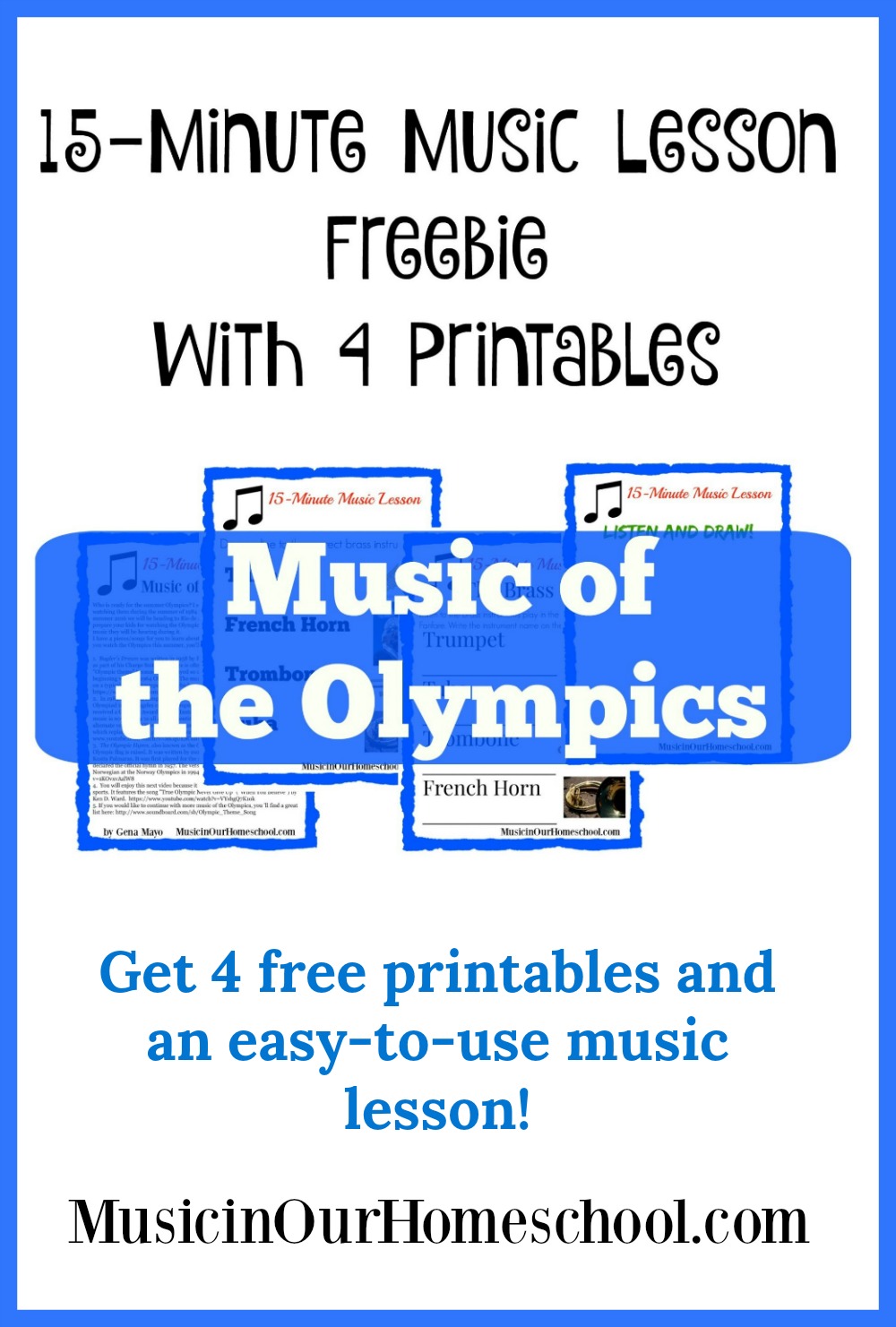 Previous Post: « What I’m Getting in the Build Your Bundle Sale!
Next Post: 15-Minute Music Lessons self-paced online music course »