Today I’m starting something new to help homeschool families include music in their homeschools. It called the 15-Minute Music Lesson Freebie, and I’ll have many more to come! The first one is all about the Pachelbel Canon in D. 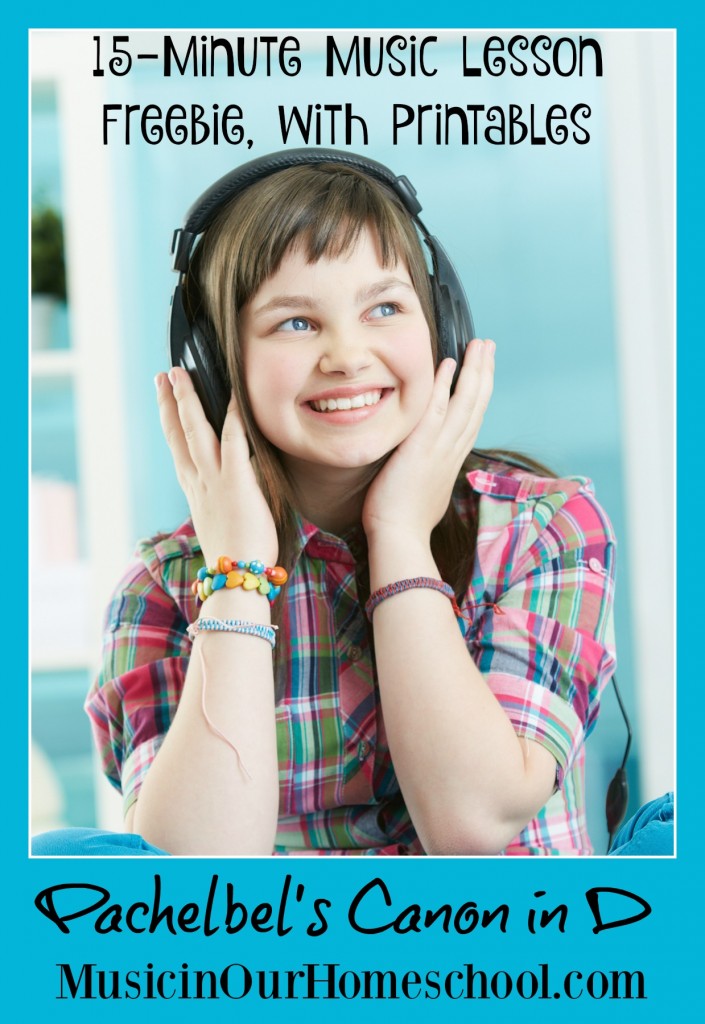 Listen to Pachelbel Canon in D

The Canon in D Major by Johann Pachelbel (1653-1706, Germany) is one of the most famous pieces of classical music of all time. It’s a popular piece for weddings. The above video of Pachelbel’s Canon in D is performed by the London Symphony Orchestra.

The piece is simply 8 bars of music repeated in variations numerous times. Here is an activity: As you listen, count how many times it repeats and try to discover how each repetition varies. Do you hear different instruments playing it, different rhythms (certain notes repeated faster, for example), a different melody (notes go up instead of down, etc.), different dynamics (loud or soft), or even a different tempo (often it slows down at the end)? What you won’t hear changing is the bass line. The bass line is an ostinato that continues throughout the entire piece.

The next video is played by a group of musicians on authentic Baroque instruments. The Canon in D was written around 1680 during the Baroque period (which lasted from 1600-1750). Other famous Baroque composers were Bach, Haydn, and Handel.

Now, end today’s music lesson with a couple of versions that have Pachelbel’s Canon as the base.

Here’s a fun version by The Piano Guys: Rockelbel’s Canon.

And, here is a heart-warming version of “Memories” sung by the One Voice Children’s Choir. See how one piece of music can be varied in so many ways? 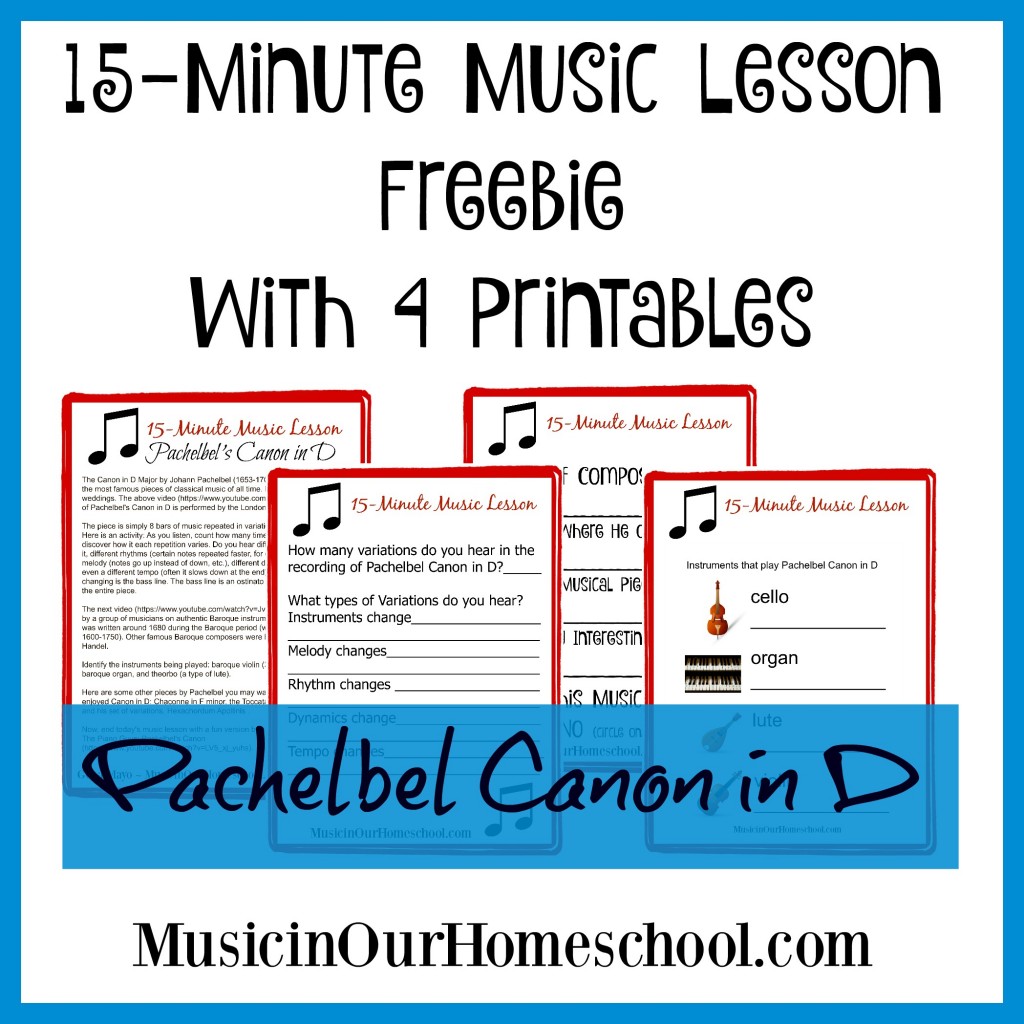 To download a 4-page printable pack (including a PDF copy of the lesson plans) for Pachelbel Canon in D, just fill out the form below.