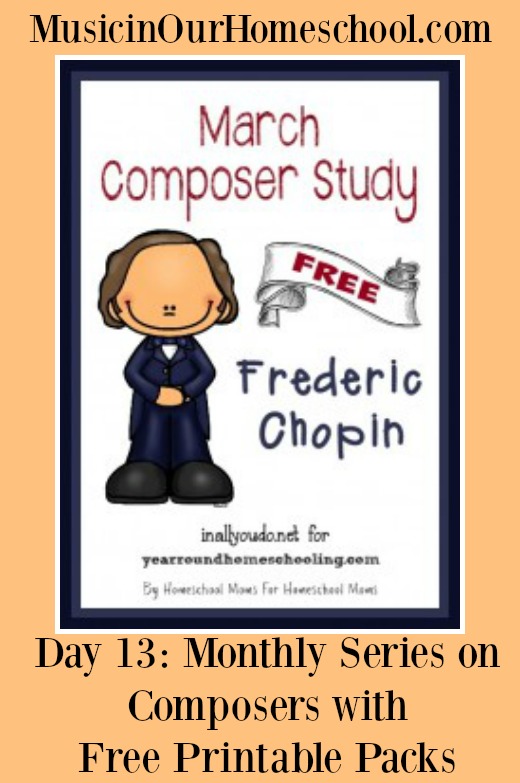 [Today’s article was written by Annette Breedlove and is part of the 31 Days of Music in Our Homeschool Series.]

Music has always been one of my passions. I sang from an early age and then began playing the piano and cello as I got older. I eventually majored in Piano performance in college, so I guess you could say…it’s in my blood. My kids have heard music from the time they were growing in my belly, as I played almost weekly on our church praise team. As they grew, they would kick and move as I played. It was so much fun to feel them as I played.

Even now they all still sleep with music on at night. As babies we played classical music for them and now they listen to the Christian station to fall asleep. I have always believed children need music in their lives, which is what led me to start writing about music for Year Round Homeschooling. It has been such a joy to write about the benefits and reasons you should include music in your homeschool over the past 16 months.

Through the early posts and questions we received, I was inspired to begin a monthly series on composers. Each month I create a printable pack that includes a poster page you can use as you study the composer, brief biography of the composer, a simple word search with key words from the biography, coloring pages with traceable name of composer, copywork with single words for early writers and quotes in both manuscript and cursive, notebooking pages and a timeline worksheet. Each month I also share links to popular or well known songs by the featured composer as well as books you can use to help you learn more about the composer. 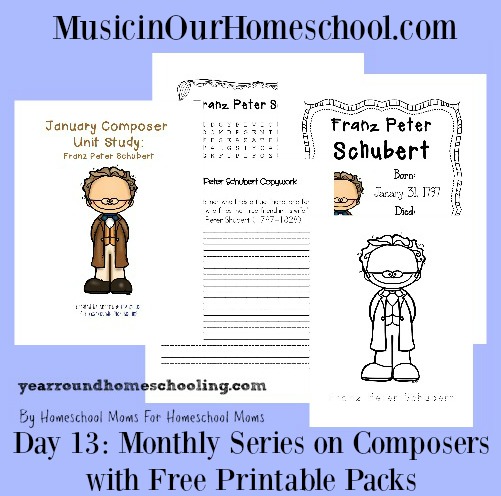 This composer series has been extremely popular and I’m happy to say it will continue through 2016 as well as a new series we will be doing for the older kids. We received a number of requests for a series that high schoolers could use for Music History or Music Appreciation credit. I have committed to writing a 12-month series that will cover Music through the Eras. So, if you have an older student, I hope you will tune in each month as we release a different era from Intro to Music Appreciation to the Middle Ages to Modern Music Culture. It should be a fun-filled year…I hope you will join us over at Year Round Homeschooling!

Annette Breedlove has been married to her husband and best friend for 10 years. Together they are raising their four children to follow the Lord’s will, no matter what. Annette longs for the day when she will meet her 5 angel babies who have entered heaven before her. She enjoys creating FREE PRINTABLES for homeschool families and she gets her scrapbooking fix in by making Subway Art for herself and her readers. You can follow her crazy life at In All You Do where she blogs about homeschooling, gluten- and grain-free recipes (when she cooks), homemaking, the occasional DIY projects and maintaining her sanity. You can also keep up with her via Facebook, Twitter, Google+ and Pinterest.