Not sure what to teach your elementary students for music class? I have done all the research for you in this great new online course from Learn.MusicinOurHomeschool! It’s called American Music for Elementary, and both you and your kids will LOVE it! What do the following have in common?

They are all American composers and are featured in American Music for Elementary online course!

Who wrote these songs and musical compositions?

What else will you learn? 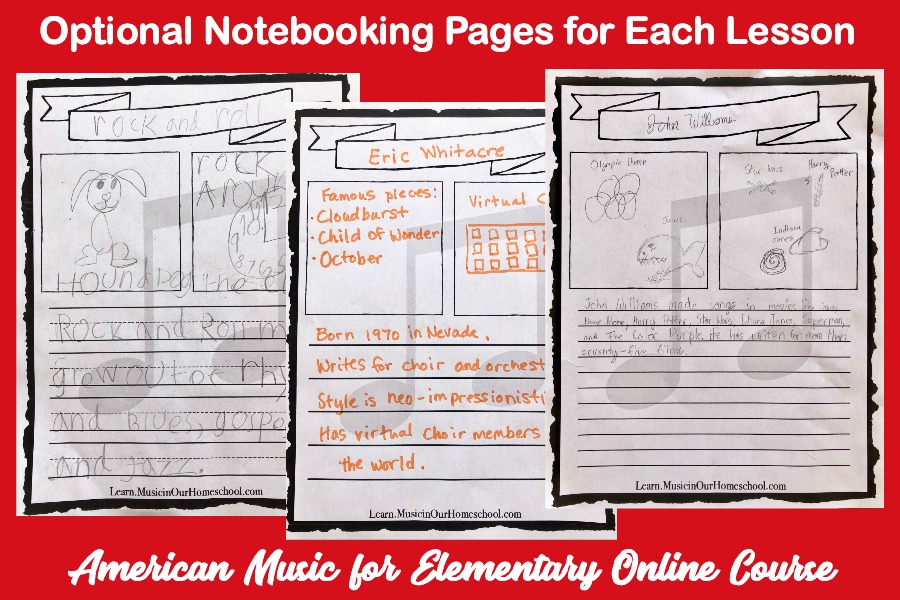 Who is American Music for Elementary online course for?

I wrote the American Music for Elementary online course specifically for kids in grades kindergarten through 6th grade. The lessons are short, and the videos engaging for this age group. I tried to include features of the composer’s childhoods, such as instruments they studied while kids, so that students of today could relate.

But, it will also be easy to simplify the lessons for preschool students, and middle school students will enjoy learning about these composers and musical styles as well.

Composers to Learn About

Musical Styles to Learn About

Where to Teach American Music for Elementary online course?

This course is perfect to teach at home, in a homeschool co-op, in a school classroom, or in a music classroom! Music teachers of all types (choir, private piano, guitar, orchestra, etc.) can use this course in stations or for independent learning. It’s very versatile.

Please check the copyright, since one purchase is allowed for one homeschool family or one classroom of students. If you’d like to use at a homeschool co-op or for more classrooms, please contact Gena for a license. Thanks! 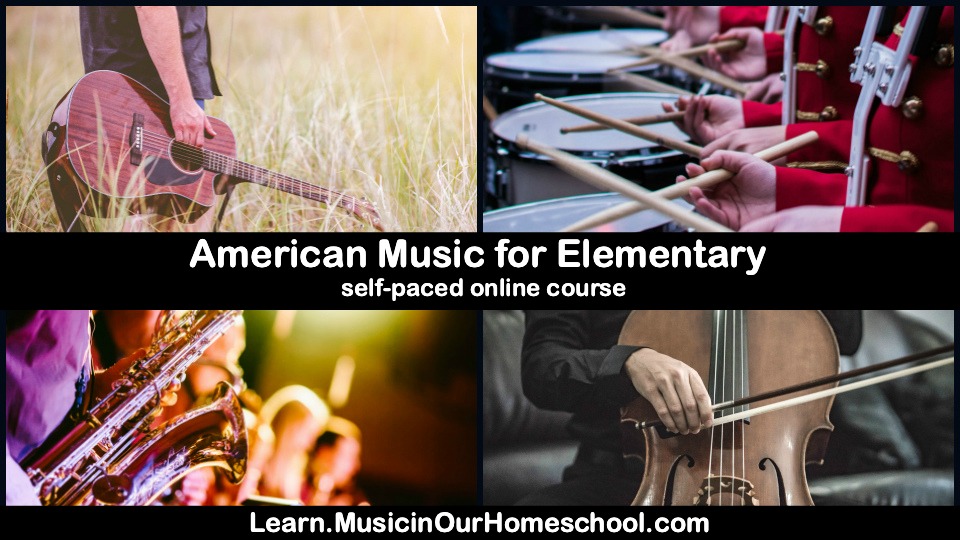