If you have elementary students, head over to see the 15-Minute Music Lesson on Hamilton the Musical here. 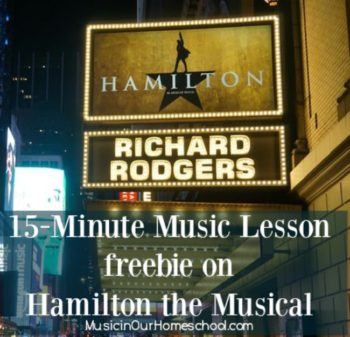 High schoolers might also want to check out the Music in Our Homeschool membership where there is a full 30-minute masterclass on Hamilton the Musical! 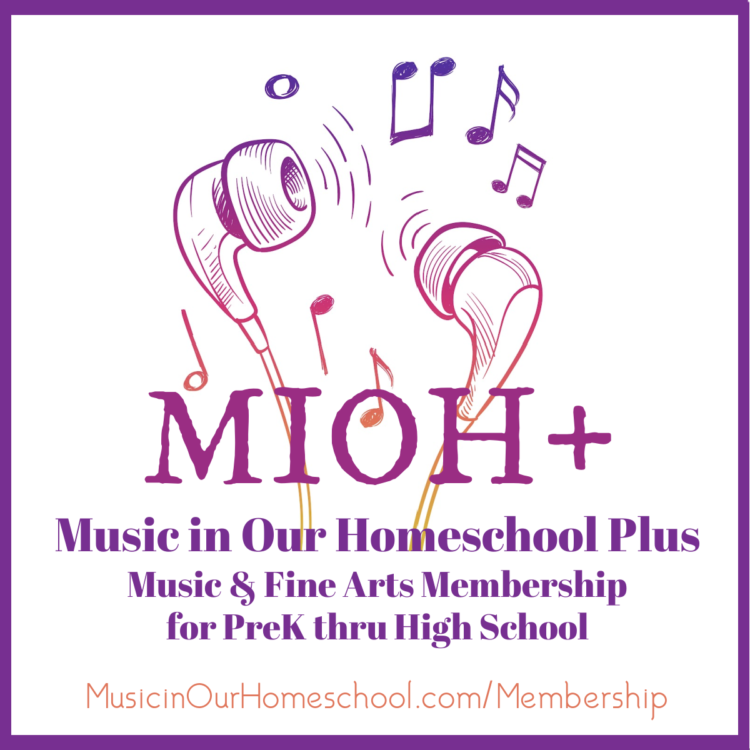 **Warning: If you are new to Hamilton, be aware that there is profanity in the soundtrack (but you can hear “clean” versions on YouTube), in the stage musical, and in the Disney Plus movie version (although in this version the F-words have been removed).

Play or Sing a Hamilton song

Guitar tutorial for “You’ll Be Back”:

Get two friends and each of you learn a different part!

The “My Shot” Chord Progression:

The Choreography of Hamilton:

Learn some choreography from the show here.

Read the book that inspired Lin-Manuel Miranda to write the musical:

Which Hamilton the Musical project did you decide to work on first? I’d love to hear about it in the comments below! 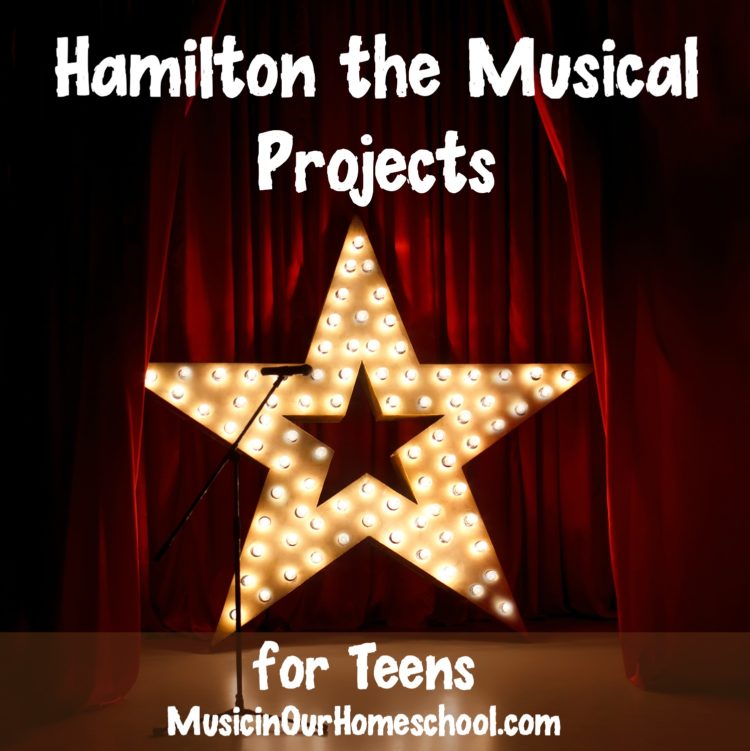 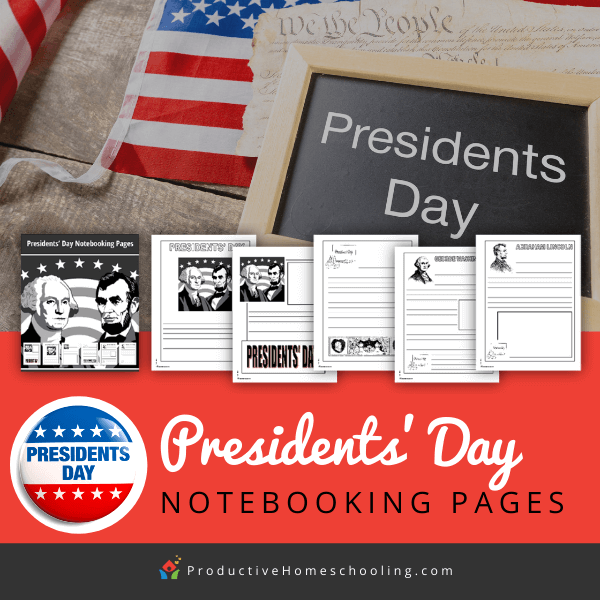