As the holidays approach, many families find themselves listening to holiday music on the radio or streaming it online. This is a great way to get into the holiday spirit! However, have you ever stopped to think about what your children are actually hearing when they listen to these songs? If you’re looking for a way to help your child appreciate holiday music more, why not try a simple music lesson on one of the most popular holiday songs? Today, we’ll be doing a 15-Minute Music Lesson of “Dance of the Sugar Plum Fairy” from Tchaikovsky’s The Nutcracker.

“Dance of the Sugar Plum Fairy” is one of the most iconic and well-loved pieces of music from Tchaikovsky’s ballet. Today, we will be discussing the history of the composition, as well as some of the key musical elements present in “Dance of the Sugar Plum Fairy”. By the end of this lesson, students should have a better understanding of this classic piece of music and be able to identify some of the different instruments used. 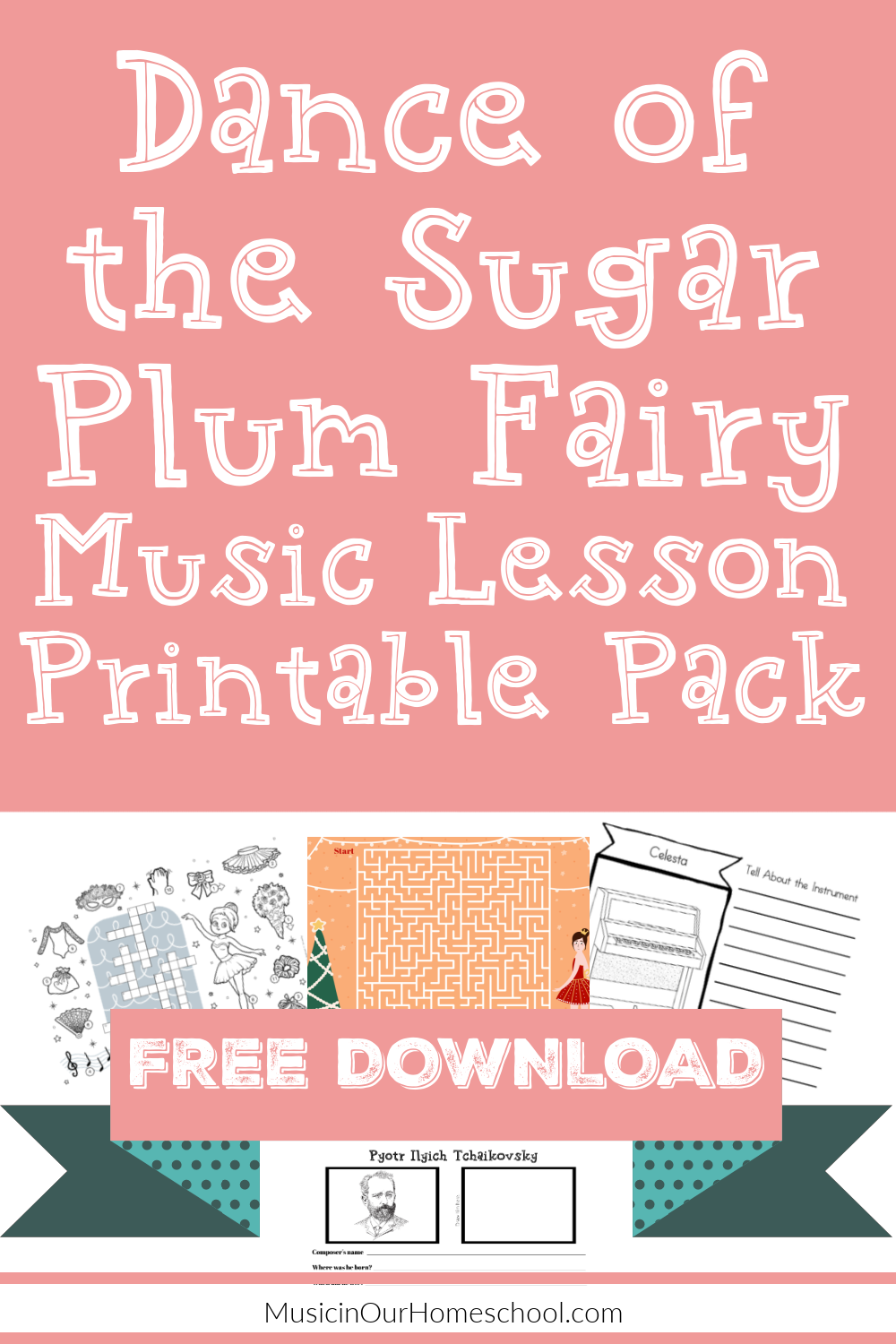 Scroll down for an Awesome Christmas Blessings Cash Giveaway! 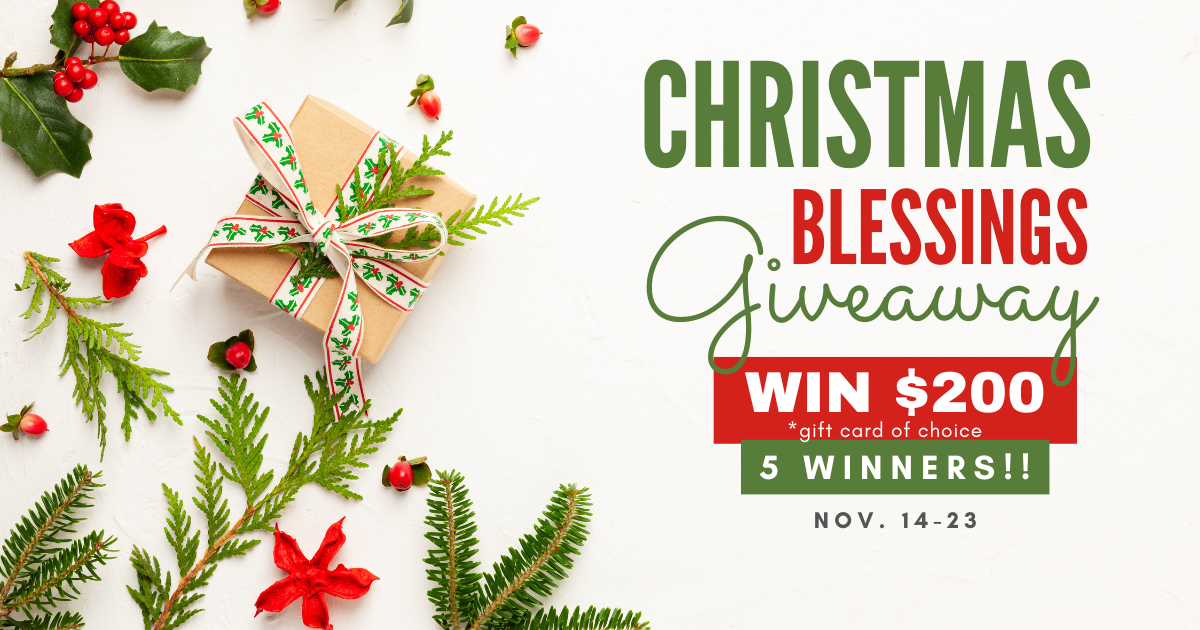 The History and Story of The Nutcracker

Pyotr Ilyich Tchaikovsky’s “Dance of the Sugar Plum Fairy” was written in 1892 as part of Tchaikovsky’s ballet The Nutcracker. The ballet was first performed in Russia in 1892 and was not initially well-received by audiences. However, it has since become one of the most popular ballets in the world, with regular performances taking place all over the globe during the festive holiday season.

The Sugar Plum Fairy is a character from the story. The ballet is based on a story by E.T.A. Hoffmann called The Nutcracker and the Mouse King. In the story, a young girl named Marie is given a nutcracker doll by her godfather, Drosselmeyer. Marie falls asleep with the doll and has a dream in which she and the now-alive Nutcracker Prince defeat an army of mice led by the Mouse King. After defeating the mice, Marie is transported to a magical kingdom where she meets the Sugar Plum Fairy.

How the “Dance of the Sugar Plum Fairy” is Performed

In addition to hearing “Dance of the Sugar Plum Fairy” as part of The Nutcracker ballet, it is also often performed as a standalone work. It might be played on solo piano or as an orchestral work.

“Dance of the Sugar Plum Fairy” is written in 4/4 time. It has a light and delicate feel to it, which reflects the fairy character for whom it is named. One of the most distinctive features of this piece is its use of pizzicato throughout, which gives it a ‘plucked’ sound. This effect is created by plucking the strings of the violin instead of using a bow.

The light and delicate instrument you hear throughout is the celesta. It looks like a piano but sounds like bells.

What is a Celesta? 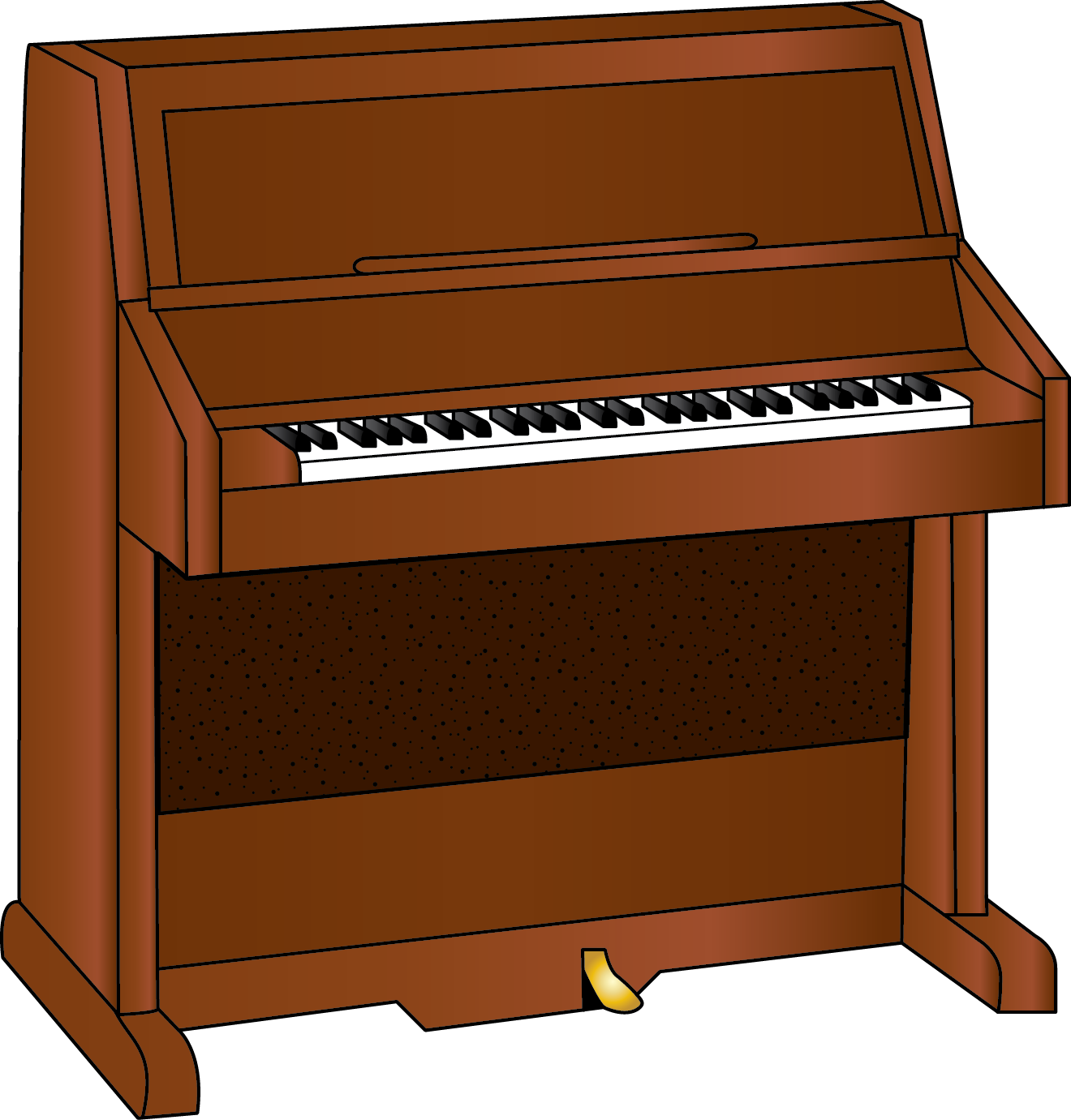 A celesta is a musical instrument in the percussion family. It is similar to a piano in that it has a keyboard of black and white keys that is used to play different notes. The keys are connected to hammers that strike metal plates which create the unique sound of the celesta. In the piano, felt hammers strike a string instead. The celesta gets its name from the Greek word for “heaven,” and it’s easy to see why once you hear it play. The sound of the celesta is truly ethereal.

The celesta was invented in 1886 by French engineer Auguste Mustel. It was originally intended to be used as a solo instrument, but it soon became popular in orchestras and other large ensembles.

One of the most notable features of the celesta is its small size. The instrument is only about two feet wide and three feet tall, making it one of the smallest keyboard instruments. The celesta has been used in compositions by many famous composers, including Tchaikovsky (Dance of the Sugar Plum Fairy), Holst (Neptune), Bartok (Music for Strings, Percussion, and Celesta), John Williams (Hedwig’s Theme), and Prokofiev (Romeo and Juliet). It’s also been used in jazz and rock songs, such as “Everyday” by Buddy Holly, “Baby It’s You” as recorded by The Beatles, and “Girl Don’t Tell Me” by The Beach Boys.

Listen to “The Sugar Plum Fairy” and see the Celesta here:

An Acapella Sung Version of “Dance of the Sugar Plum Fairy”

Now, listen to Pentatonix sing the song without using any instruments!

I hope you have enjoyed this elementary 15-Minute Music Lesson on Tchaikovsky’s “Dance of the Sugar Plum Fairy” from The Nutcracker. This piece is truly a classic and we hope that after learning about its history and musical elements, you have gained a greater appreciation for it. If you would like to learn more about Tchaikovsky’s ballet The Nutcracker, please check out the Round-up of the Top Nutcracker Resources for Your Homeschool! 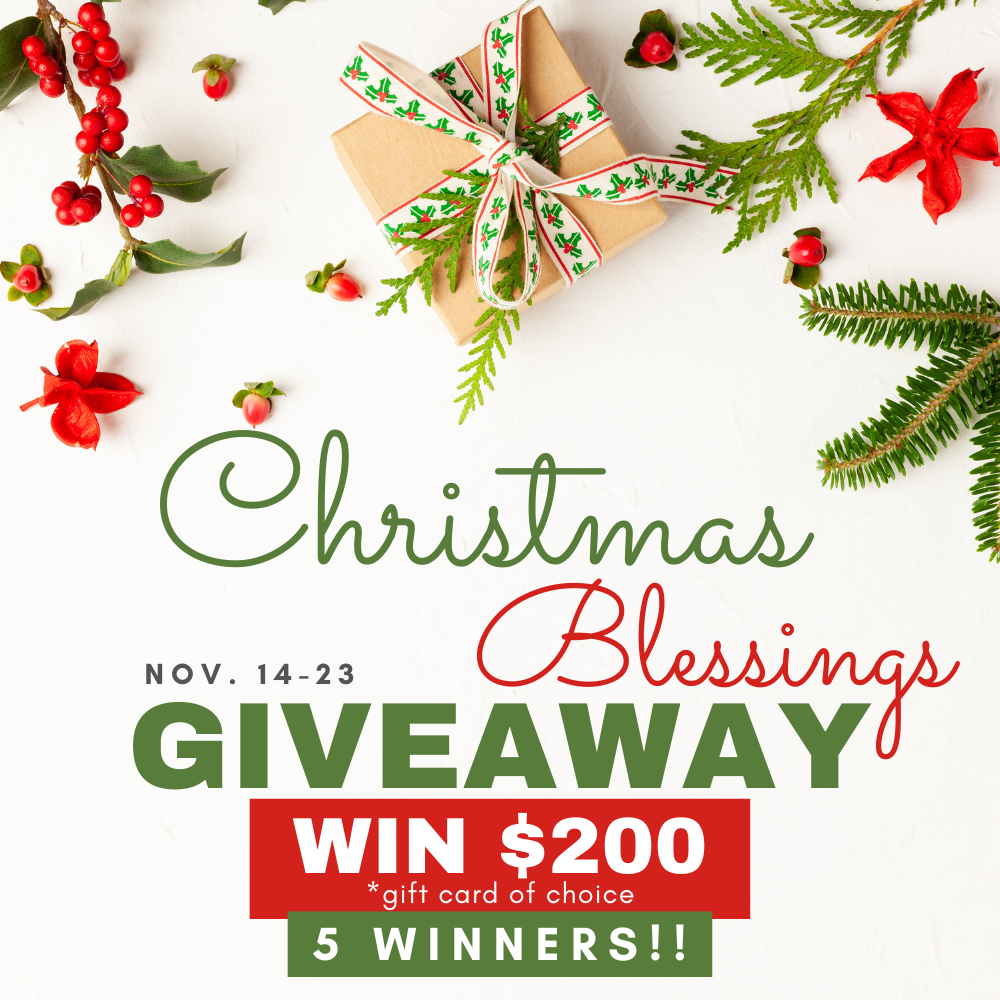 Another year, another Christmas! The most wonderful time of the year is upon us. And some of the best things about this time of year is that it’s a time of gratitude, togetherness, and celebration.

I have teamed up with some pretty generous bloggers for the 9th annual Christmas Blessings Giveaway to bless FIVE families this year. In the past, we have had two winners for this giveaway, but this year we wanted to give to even more families – we are giving away $200 gift cards to 5 families! Each winner will get a $200 gift card to wherever they choose – a restaurant, clothing store, grocery store, online retailer – any place that offers gift cards!

There are lots of entry options in the Rafflecopter form below – the more you enter, the better your chance of winning!  I know it can seem tedious and time-consuming to go through all the entries, but isn’t a chance at $200 worth it? I think it is!  Plus, all of these amazing bloggers donated their own money towards the prizes, so this giveaway wouldn’t be possible without them.  I hope you’ll take the time to check out each one. Who knows, maybe you will find some new blogs to follow.

The giveaway will run from Monday, November 14th through Wednesday, November 23rd (ends at 11:59pm EST). Winner will be notified by email shortly after the giveaway ends and will have 48 hours to respond to claim the prize or another winner will be drawn. By entering this giveaway, you agree to be added to the email lists of the participating bloggers.  Please be sure to read the Rafflecopter terms and conditions upon entering. 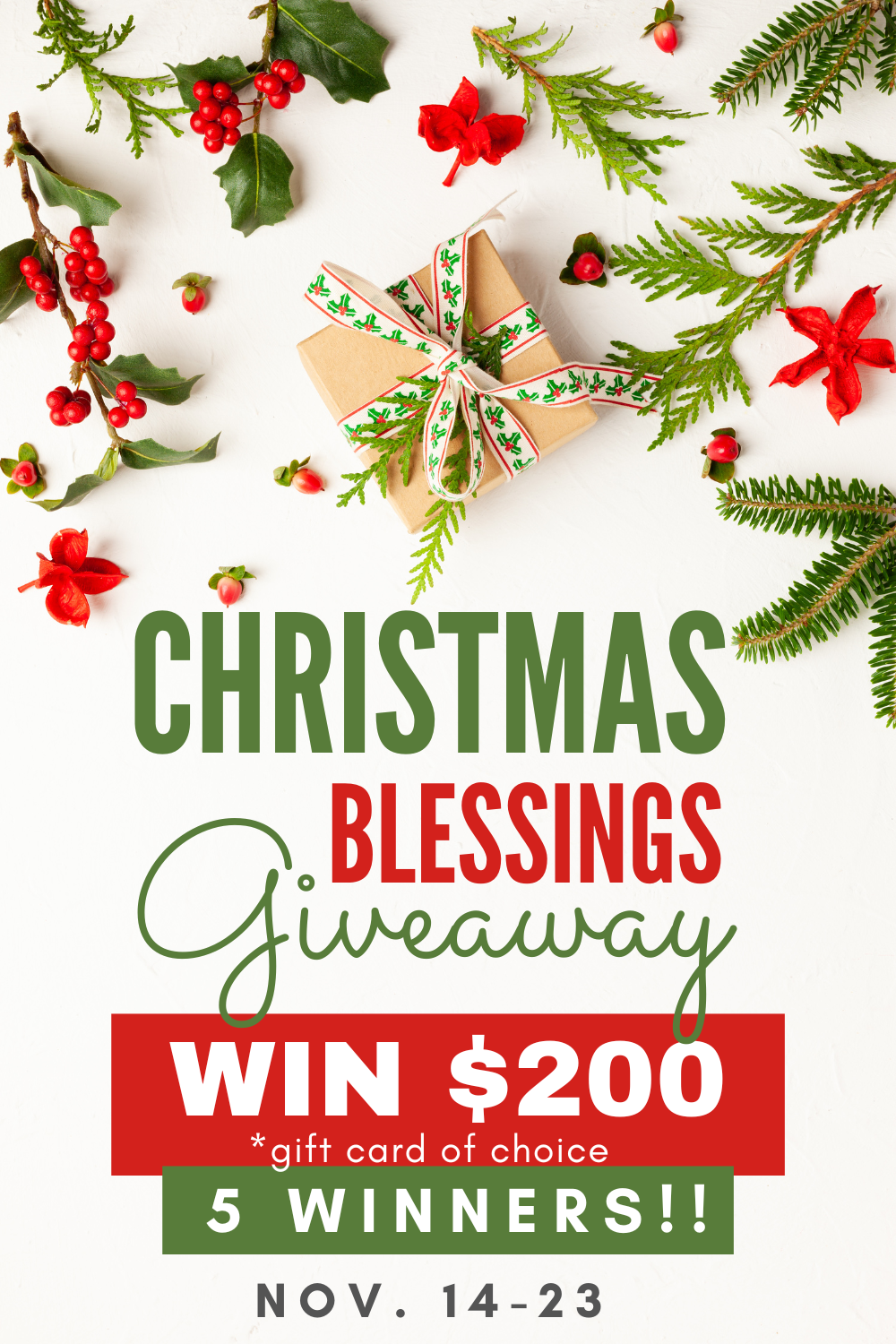