Music is a very powerful influence. Throughout history, we can find songs that were used to spur people and even entire countries to back a cause. Such is the case for the American Revolution. Today we’ll enjoy a 15-Minute Music Lesson for Independence Day and learn about the music that encouraged the birth of a new nation. 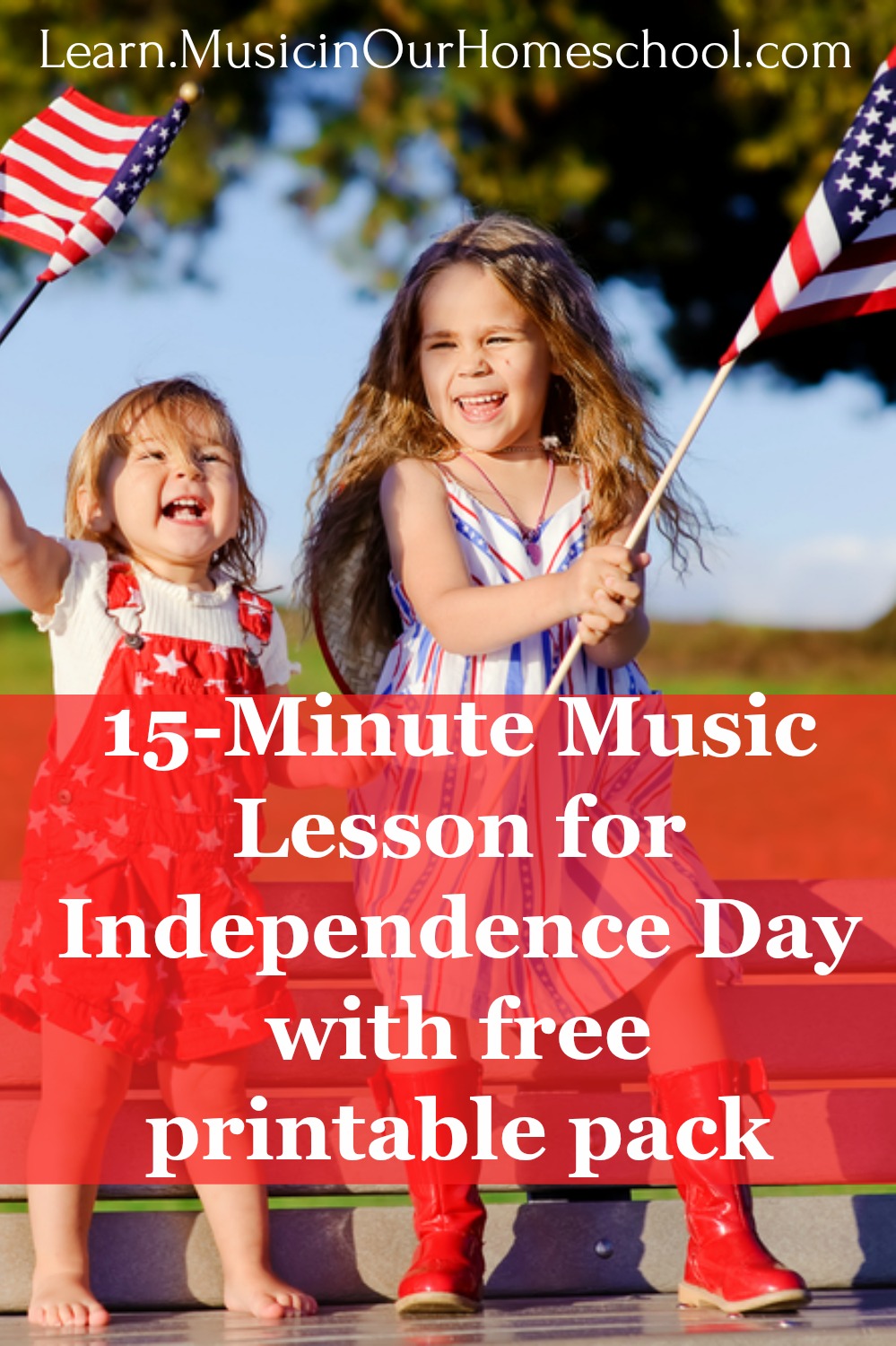 Make sure your kids understand that the reason we celebrate Independence Day/ The Fourth of July is to remember the day (July 4, 1776) that the American colonists signed the Declaration of Independence to tell Great Britain that we would no longer be a colony of them. We were now our own independent country.

The Shot Heard ‘Round the World

The American words to “The Liberty Song” were written by John Dickinson and published in 1768. Dickinson was one of the leaders of the American Revolution, a famous lawyer, and the Governor of Delaware and Pennsylvania.

Here are the words to the chorus: “In freedom we’re born, and in freedom we’ll live. Our purses are ready. Steady, boys, steady. Not as slaves but as Freemen our money we’ll give.” Explain to your children that one of the factors that led to the American Revolution was that the Americans were being taxed unfairly with no representation in the British parliament (taxation without representation).

Chester is another song sung during the American Revolution. It’s a patriotic song composed by William Billings. He wrote the first version of the song in 1770 and revised it in 1778. I like how this song tells part of the story of the Revolutionary War.

Answer these questions as you listen to the song:

The most well-known song of the American Revolution is “Yankee Doodle”! It was originally sung by the British troops to make fun of the Colonists because of their lower quality appearance–riding a pony instead of a stallion and sticking a feather in their cap as if that would make them more fashionable. “Macaroni” referred to the large fancy wigs that were worn at the time.

Even though the song was meant to mock them, it was taken over by the Americans and sung as a song of defiance. It has become a true American patriotic song.

Listen to “Yankee Doodle” below and be sure to sing along.

Finally, we’ll listen to some fife, drum, and bugle music of the American Revolution. What is a fife? It’s a small instrument similar to a flute or piccolo, but with a higher pitch and shriller sound. It has six or more holes, and is typically used in military or marching bands.

The reason fifes and drums were used during the Revolutionary War was that the soldiers didn’t have ways to communicate with each other like we do now, with radios, walkie talkies, and phones. The high pitch of the fife and the low pitch of the drum could be heard a very long way away. The instrumentalists (who were usually boys or old men because the other men were needed for fighting) would give “messages” to the soldiers so they knew what to do: turn right or left, load their weapons, fire, or cease fire.

The bugle was also played to give messages to the army. It was more versatile in that it could be played while the bugler was riding a horse. He could hold the bugle (a type of trumpet without valves that needed to be pushed) with one hand and the horse’s reins with the other.

Listen to the music of these instruments below.

(The first video is kind of long; you can just listen to a couple of minutes of it. It includes photos of Revolutionary War re-enactments.)

Each bugle call had a specific purpose. Have you heard any of these before?

Be sure to download the Music Lesson for Independence Day Free 5-Page Printable Pack: 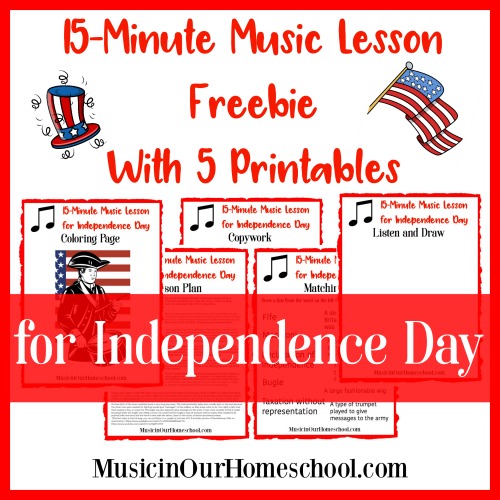 Lesson plan for the 15-Minute Music Lesson for Independence Day

Copywork of the song “Yankee Doodle” 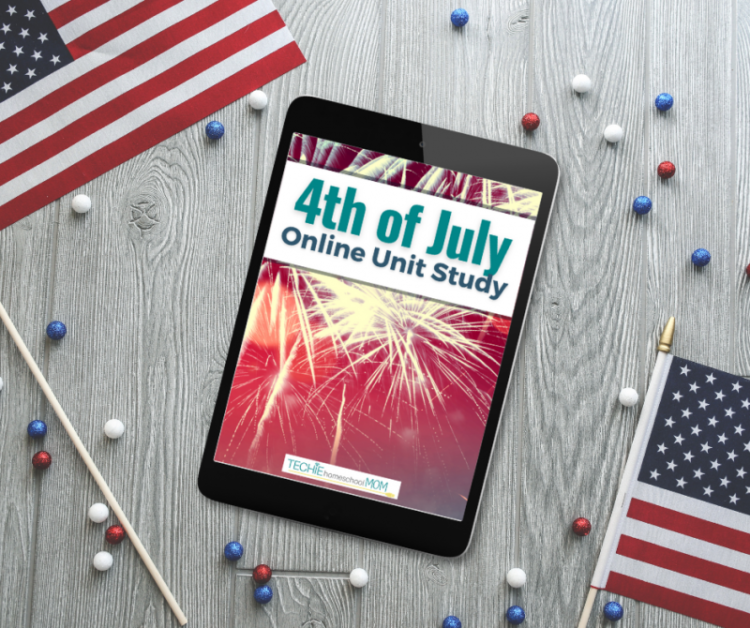 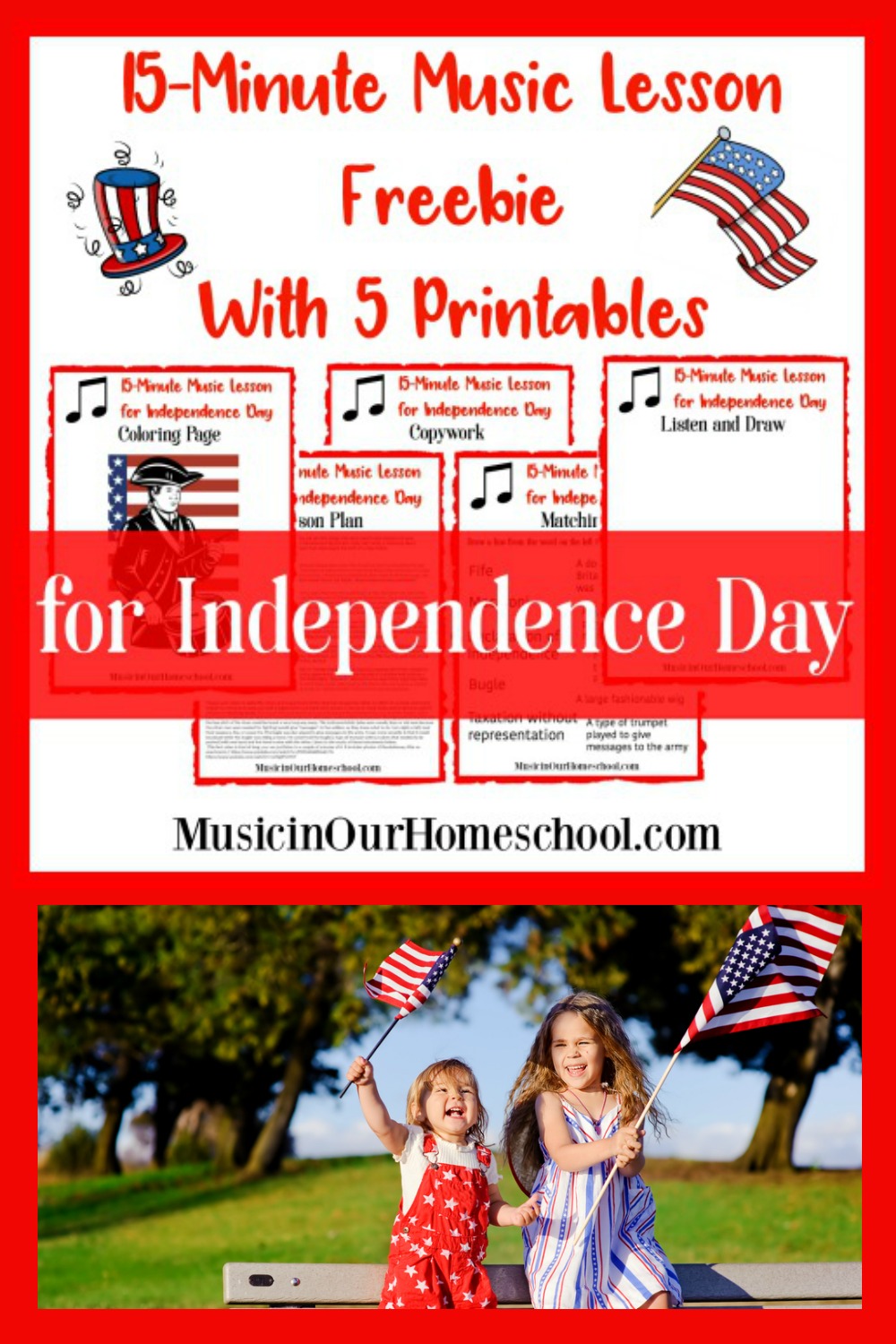 It's time to join!
Get this free printable of the wonderful Civil Rights Movement song “We Shall Overcome” with your free Music Lesson for Martin Luther King Jr. Day. Head here: MusicinOurHomeschool.com/MLK
"Can't find time, so music seems like the last thing we can do."
Happy birthday to Lin-Manuel Miranda!