I’ve chosen some really great music for you to listen to from composers inspired by the beautiful trees that continue to give us color all year round and the reminder of “life” during a cold, white, dreary winter. 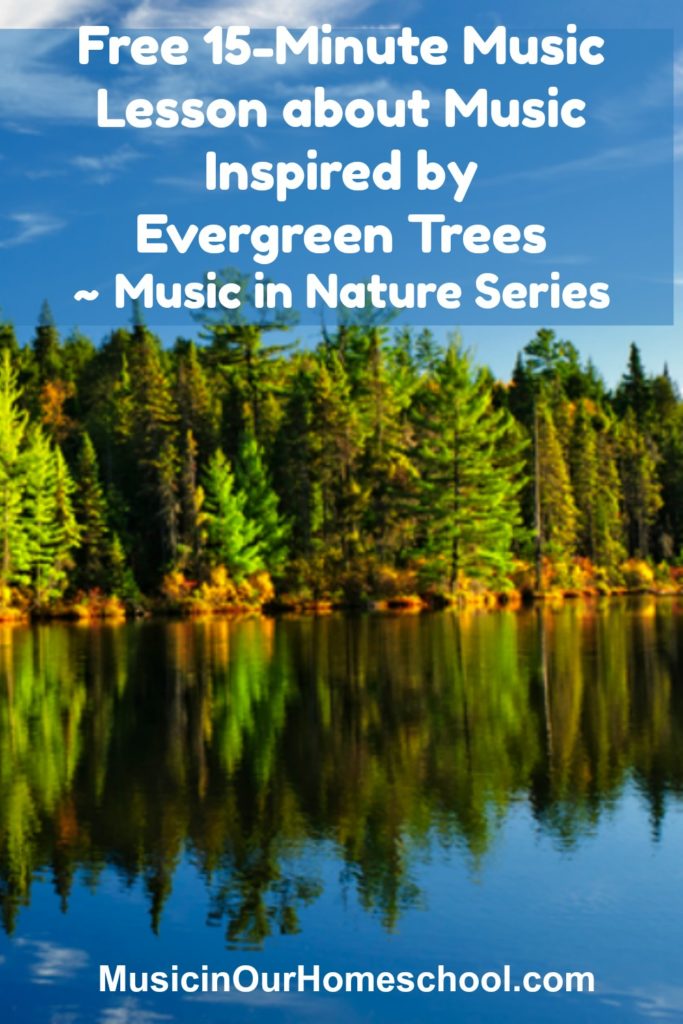 I’d love to encourage you to head over to sign up for the No Sweat Nature Study all about Evergreens! (And, if you miss it, the replay video is always available, too.) My elementary kids LOVE Miss Cindy and her live science teaching classes twice a month! This music lesson was written to complement the Nature Study Lesson! 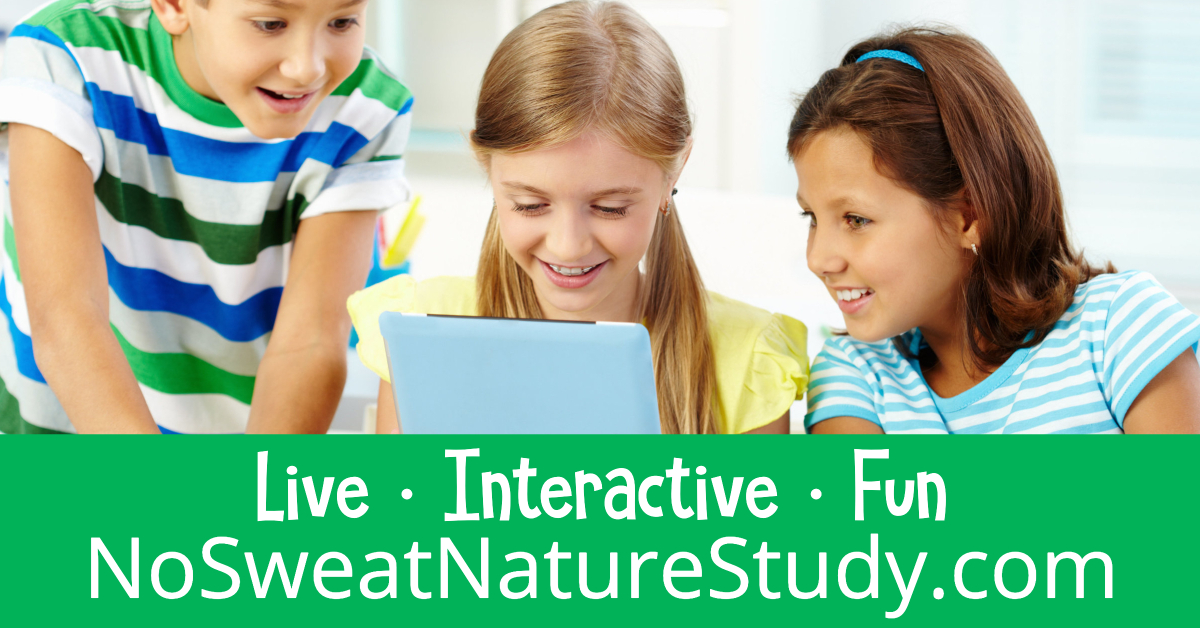 Suggestions on How to Use This Music Lesson

The Pines of Rome is one of three Rome-inspired tone poems by Italian composer Ottorino Respighi (1879-1936). He also wrote The Fountains of Rome and Roman Festivals. You will hear some atonality in this piece from 1924, which means that sometimes it sounds like the musicians are playing “wrong notes.” Do you like it or not? Can you picture the pine trees of Rome, Italy as you listen?

(Listen to only the first 2:45 minutes if you’d like to finish this full music lesson in only 15 minutes.)

The Holly and the Ivy

“The Holly and the Ivy” (Traditional British Carol)

Holly and ivy aren’t evergreen trees, but they are evergreen plants! This pretty Christmas song was first published in England in the early 19th century but was written sooner. We don’t know who wrote it or when! Have you heard this song before?

John Philip Sousa (1854-1932) is an American composer known as “The March King,” because he perfected the march which you’ll commonly hear marching bands play. The story behind his composition of The Northern Pines is a fun one. Northern Michigan in the U.S. has beautiful old-growth pine forests that were beginning to be threatened in the early 20th century. The state of Michigan created its first state park called the Interlochen State Park in 1917 to protect the trees. Music professor Joseph E. Maddy founded the National Music Camp for high school band and orchestra students in the 1920s, and composer John Philip Sousa visited the camp in 1930. He wrote this march for the students and even donated the royalties of his Northern Pines march to fund scholarships there. Feel free to march around the room as you listen!

Bill Monroe & His Blue Grass Boys, “In The Pines”

Breaking from classical music for a moment, enjoy some old bluegrass music by Bill Monroe and His Blue Grass Boys here. Bill Monroe (1911-1996)  is credited with “inventing” the musical genre of bluegrass in the 1940s and is known as the “Father of Bluegrass.” Bluegrass music comes from Kentucky and Tennessee (Appalachia) and typically uses acoustic instruments such as the mandolin, fiddle, banjo, guitar, and upright string bass (as opposed to electric instruments). The genre received its name from the name of Monroe’s band. What do you think? Are you a bluegrass music fan?

Franz Liszt (1811-1886) was a Hungarian composer and pianist. Weihnachtsbaum is a German word that means Christmas Tree. Liszt wrote this suite of 12 pieces for piano. Several of the pieces are based on Christmas carols. Liszt dedicated Weihnachtsbaum to his first grandchild Daniela von Bülow who had accompanied her grandfather to Rome due to his frail condition. The first performance was on Christmas Day in 1881 in Daniela’s hotel room. Today, we’ll listen to just one of the 12 pieces: #5 Scherzoso or Little Scherzo, “Lighting the Tree.” Does it remind you of lighting your Christmas tree?

Vladimir Rebikov (1866-1920) was a Russian piano and opera composer who lived from 1866-1920. In Russia, the “Christmas tree” is actually a yolka, a Russian fir tree. The tree in Russia is seen as a New Year’s tree, rather than for Christmas, because of religious and political reasons associated with the Russian revolution a century ago. Listen to Rebikov’s charming piano piece Christmas Tree Waltz from his 1903 opera called Yolka.

Do you know of some other music inspired by evergreen trees? Leave a comment to tell us about it!

15-Minute Music Lesson of Music Inspired by Rivers and Seas 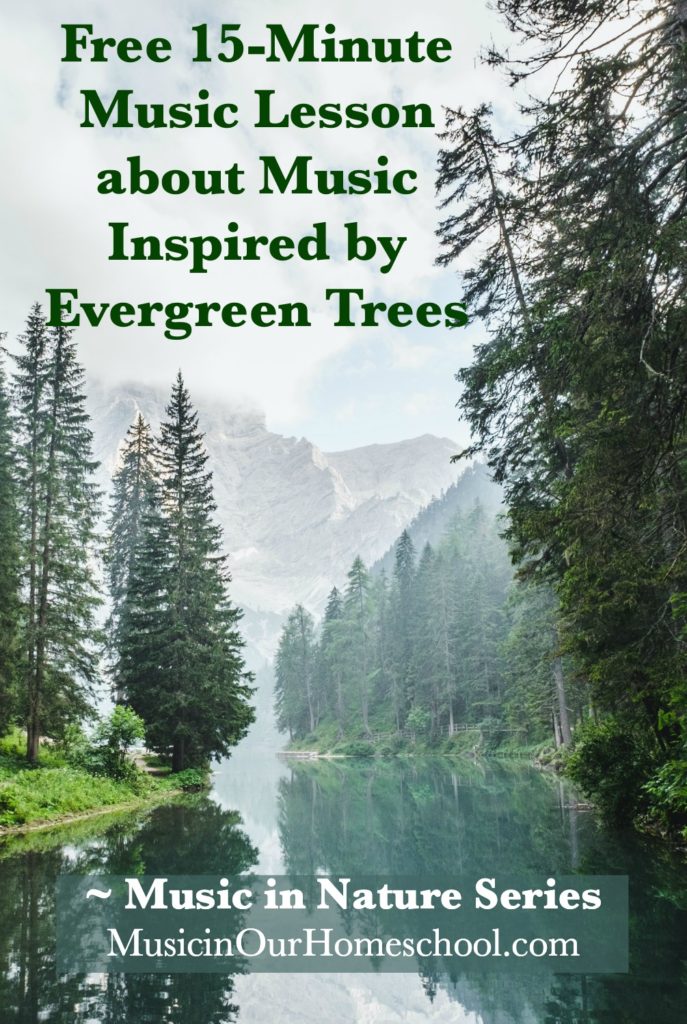