Today let’s have a 15-Minute Music Lesson about 5 Notable Romantic Era American Composers to Study during High School! The Romantic Era of music was during the 1800s. The American composers we’ll learn about today are Stephen Foster, Louis Moreau Gottschalk, Lowell Mason, Edward MacDowell, and Amy Beach. Read about each composer below and listen to some of their music. Use the free notebooking page to take notes as you listen. And, then pick one of the composers you like the most and listen to more of their music! 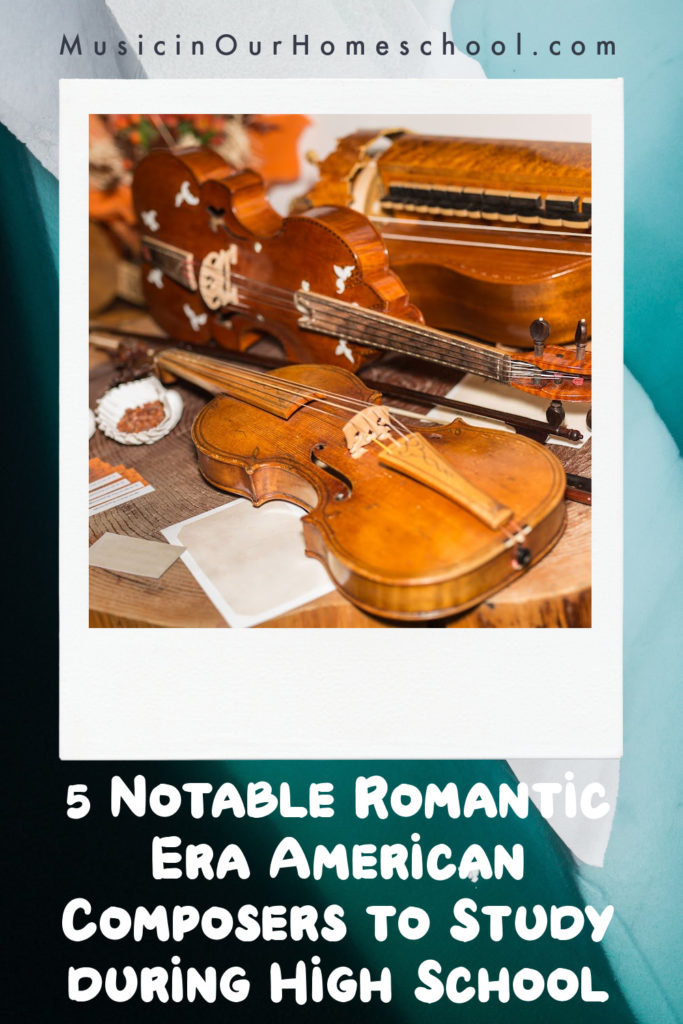 Stephen Foster (1826-1864) was born in Pennsylvania. He was more interested in music than his studies, but since he was an avid reader, he still became well educated. He also had some musical training as a child.

Foster was part of an all-male secret club as a teenager called Knights of the S.T. (Square Table) who met together to sing. Foster wrote songs for this group, such as “Oh Susanna.” His first song was published when he was 18.

Louis Moreau Gottschalk was an American who lived from 1829-1869. He was a composer and a piano virtuoso who frequently traveled outside the United States to perform. He was born in New Orleans and was exposed to Créole music. The African-Caribbean rhythms he often heard influenced the compositions he would later write. He became known as “Chopin of the Créoles.” (Chopin was a famous pianist and composer from Europe.)

He gave his first public concert in New Orleans in 1840 at age 11 and two years later went to Europe to study music. He was rejected at the Paris Conservatory, without even being allowed to audition, because he was an American. But, he found great teachers to study with in Paris. His mother and younger siblings moved to France as well. He became the first American musician to distinguish himself there. He played Chopin pieces in his concerts and even met Chopin himself. Some of the pieces he composed during this time have been called “Chopinesque”:

Each of these composers are featured in the full Music Appreciation of the Romantic Era online course. It’s a full-year/one-credit course your homeschooled high schooler can use for Fine Arts credit! 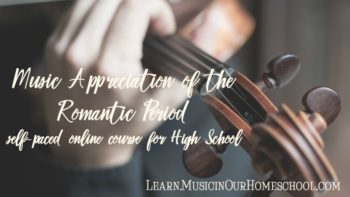 Lowell Mason (1792-1872) from Massachusetts is known as the “Father of American Music Education.” He was also a leading figure in American church music and composed over 1600 hymn tunes, many of which are still sung today.

Mason was born into a musical family and learned several instruments as a child. He also attended a singing school and studied composition. When he was 16, he became the choir director of his church choir and soon after directed his town’s band.

His setting of the hymn “Nearer, My God, to Thee” was the song played by the musical group on the Titanic as it sank.

Edward MacDowell (1860-1908) was an American composer and pianist born to a father of Scottish descent and an Irish mother. After receiving piano instruction as a boy, his mother took him to Paris when he was 15 to study at the Paris Conservatory. Claude Debussy was a student there at the same time. Two years later he moved to Frankfurt, Germany to further his studies in composition and piano. He remained in Germany for a while performing, composing, teaching piano, and meeting famous composers such as Franz Liszt and Clara Schumann.

In 1884, he married Marian, an American who had been one of his students for a couple of years. She was 27, and he was 24. He wrote “Cradle Song” in anticipation of children, but Marian suffered an illness that made her unable to bear children.

Amy Beach (1867-1944) was the first successful American woman composer. She was born in New Hampshire but later moved to Boston. Amy was a child prodigy and could play by ear any music she heard. At the age of 4, she composed her first piano pieces in her head, when she wasn’t around a piano. Her first piano lessons were with her mother, and she played in public for the first time when she was 7. She was self-taught in composition, studying works of great composers such as Bach to learn it.

After she married Dr. Henry Beach, she focused more on composing and only gave recitals once a year. Beach was first known for her art songs. Hear one art song here:

Download a free music listening sheet to use while listening to the music of the Romantic Era American composers. 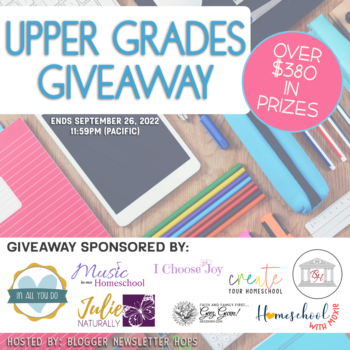 I’m thrilled to be a part of this great homeschool giveaway. Everything included is something you can use for your homeschooled middle or high schooler! Some people shy away from the upper grades, but they can be so much fun if you let them! So many options and different avenues of study to pursue. If you’re feeling overwhelmed, a little lost, or just plain confused about where to start and how to make the most of these years, then this giveaway is for you!

You’ll find two of my products as part of the prize package:

Check out this AMAZING Prize package from our sponsors!

This giveaway wouldn’t be possible without our amazing sponsors! We encourage you to visit their site and take a look around at all their wonderful products perfect for homeschoolers!

Thanks to these amazing bloggers and brands that love supporting the homeschool community, we’re giving away more than $380 in Upper Grades prizes!

Want to enter to win? Simply enter by following as many sponsors and partners on the form below, and you’re in it to win it!

You are responsible for reading the Terms and Conditions before entering. Entering this giveaway confirms that you have read and understand the terms. 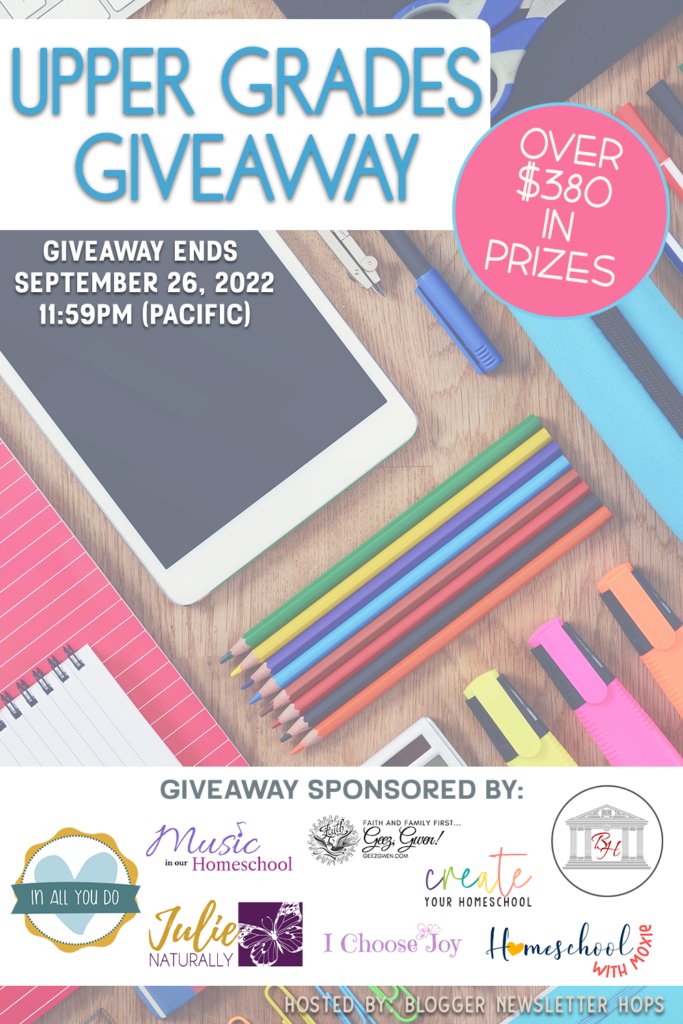 Previous Post: « How to Set Up a Music Center in Your Homeschool for Independent Learning
Next Post: 15-Minute Music Lesson of Music Inspired by the Moon ~ Music in Nature Series »